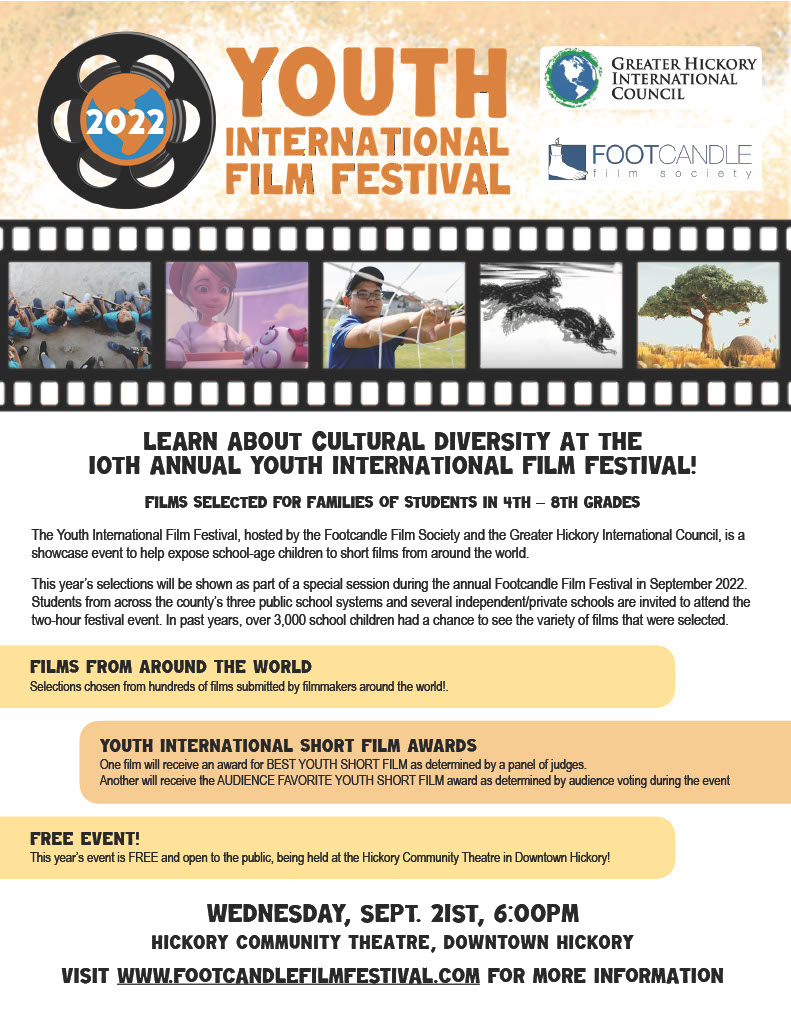 The Greater Hickory International Council (GHIC) and the Footcandle Film Society of Catawba County are proud to present the Annual Youth International Film Festival (YIFF) for the 9th consecutive year.

The Youth International Film Festival, hosted by the Footcandle Film Society and the Greater Hickory International Council, is a showcase event to help expose school-age children to short films from around the world.

The festival selections are shown during as part of a special session during the annual Footcandle Film Festival in September 2022. Students from across the county’s three public school systems and several independent/private schools are invited to attend the two-hour festival event. In past years, over 3,000 school children had a chance to see the variety of films that were selected.

The Greater Hickory International Council (GHIC) and the Footcandle Film Society of Catawba County are presenting the 10th Annual Youth International Film Festival (YIFF) with in-person screenings in September 2022. The emphasis is on children in 4th – 8th grades.

The focus of the GHIC is to promote cultural awareness of Catawba County’s diverse population. “It is important to highlight cultures from outside the United States and to work together to understand and accept the similarities and differences” said Hani Nassar, HIC Chair.

The 2022 YIFF films to be shown at the event will be announced at the end of July after all schools have approved their list.

“The mission of the GHIC is to act as a forum for the local and global international community and to act as a liaison between that community and the city government in order to promote goodwill, mutual understanding, cooperation, and respect among citizens.”